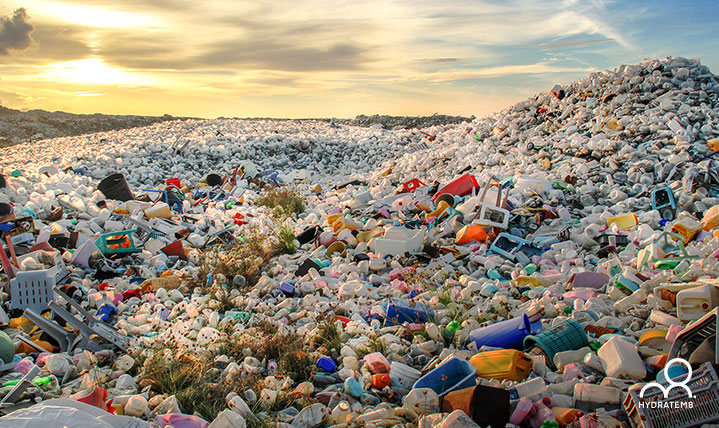 What happened to those wonderful clean-living days where landfills were not choc-a-block with plastic bottles and containers, and our streets, beaches, blue and green spaces were not littered with drink containers?

Up until around 50 years ago, deposits were charged on bottles that were taken away from the place of sale, and refunds given when the bottles were returned – can we return to this situation and clean up the United Kingdom? Hopefully. Our environment was cleaner and healthier before ‘one-use’ plastic bottles and other containers hit the market.

There are several petition campaigns aiming towards this goal, as well as HydrateM8 and other ethical companies producing high quality recyclable bottles for the drinks market. Nicola Sturgeon, the Scottish Prime Minister is at the forefront of the campaign to re-introduce this into Scotland (1), but England, Wales and Northern Ireland are lagging behind in support for this move to clean up both our countryside, urban areas and our waters. Much of Europe (countries such as Sweden, Norway and Iceland) and many states of the USA have adopted this principle and charge deposits on bottles. New Zealand also has a strict view on bottle ‘dumping’ and also levy a charge to encourage recycling via the provider.

Message in a bottle – not just for Robinson Crusoe!

Action Groups such as ‘Message in a Bottle’ are lobbying parliament constantly, with an online petition gathering many thousands of signatures, as well as constant presence on social media (2). Groups such as this believe that a Deposit Return System should be re-introduced in England, Scotland, Wales and Northern Ireland, with the aim of educating the public to realise that trapping plastic in the economy, not the environment, will be a huge move to saving our planet.

The idea is based on introducing a small economic incentive (10-20p deposit) which should be productive in ensuring consumers return any ‘single use’ plastic containers. (The full deposit is returned to the consumer when they return the bottle to the readily available return facilities placed in shops and public spaces.) But will the ‘pence in your pocket’ be enough incentive to reduce ‘laziness’ when throwing bottles or containers away into the streets or other already congested spaces? We hope so.

Large organisations such as Sky TV have launched an Ocean Rescue Programme (3) and are closely monitoring developments in order to cut down the amount of cans, bottles and other containers dumped into our seas and other waterways. However, small companies (particularly, of course, drinks companies and plastic container manufacturers) are strongly opposed to the idea of DRS (deposit return scheme), believing that it could be encouraging fraud and subject to ‘cross-border’ trafficking for profit. Really? Interestingly, Coca Cola who were vehemently opposed to the scheme have now reversed their stance, having been somewhat ‘named and shamed’ by Sky News for their strong opposition.
Statistics to shock you

Did you realise that for every one mile of beach over 200 bottles can be discovered by survey? That’s just the beach, not our waters.

Did you know that it can take over 450 years for a simple plastic bottle to degrade? Even then it’s not safe, as it merely degrades into smaller and smaller pieces as time goes on and can still find its way into our food chain and obliterate marine life as we know it.

2017 has seen the campaign for the DRS escalate, with high government officials taking action – but how fast this will happen is unknown. Latest developments are from Michael Gove, Secretary of State for the Environment who is strongly supporting the system, admitting that a ‘change needs to come’ and that it is time for officials like himself to step up to the plate and reduce the amount of plastic and other non-degradable containers polluting our environment and killing our marine life. He further comments that he is encouraging the Government to introduce the deposit system as soon as possible.

With all the red tape, we can only hope that this is sooner rather than later. With the publication of the Government’s National Litter Strategy, it is claimed that the introduction of a bottle deposit levy is being seriously scrutinised. Let it happen.

"Since starting slimming world I wanted to increase my water take. That’s when I can across Hydratem8 water bottles. The design was great, the quotes where lovely. I ordered right away!"

"AI have been using my HydrateM8 bottle at work for the past few years and I rely on it so much I decided to purchase another for use at home. Being someone who likes to exercise regularly means that I need to drink lots of water throughout the day and it is so easy to forget."

"I am a busy mum of two children but I will always be a mum of four as I lost two baby boys within this last year called Tommy and Riley. I buy trackers as they remind me to drink and I’ve used them while I’ve been in and out of hospital as one thing I’ve struggled to do this…
View all stories

"Since starting slimming world I wanted to increase my water take. That’s when I can across Hydratem8 water bottles. The design was great, the quotes where lovely. I ordered right away!"
View all stories