The History of Athletic Hydration 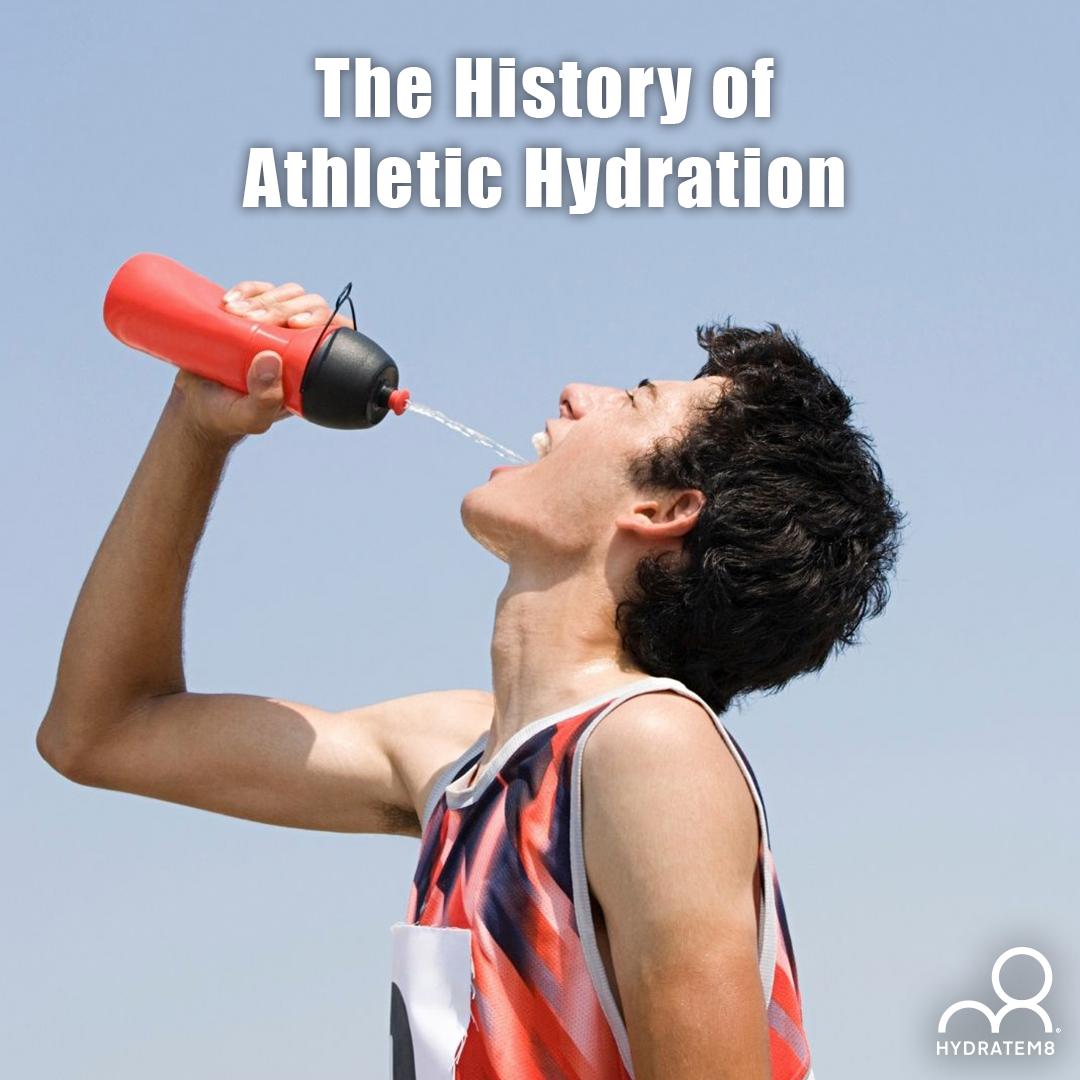 Did you know, that back in the early days of organized marathon running, before the 1970s, professional athletes were advised not to drink any fluids at all before or during their race? Can you imagine trying to complete a 40-mile-run without so much as a drop of water to get you through? The science was simple – the fastest runners tended to be the ones that lost the most water-weight during the race, so it was assumed that you needed to lose water in order to improve performance. Drinking before or after the race was considered detrimental and so athletes were advised to run dehydrated!

This viewpoint was quickly overturned when the dangers of dehydration became better known. As the popularity of marathon sand other stamina-based activities grew, more participants were suffering with heat exhaustion and other ailments known to be connected with a lack of fluids. In response, it became important for athletes to replace every drop of moisture that they may have lost through working out. They were told to weigh themselves before and after an exercise session, in order to find out how much water weight they had lost. They would then replenish themselves by drinking enough water to make up for the deficit.

It was around this time, in the 1970s and 1980s, that sports drinks were invented. They were endorsed by top athletes and claimed to help boost performance during exercise.

This over-drinking phenomenon continued right into the 1990s and suddenly athletes started to suffer with hyponatremia – over hydration, in response to a fear of becoming dehydrated.

Getting the Balance Right

In a story reminiscent of Goldilocks, it soon became clear that athletes should not drink too much water or too little. Scientists now think that it is important to lose around 1-2% of water when running or exercising, and that this small dip in hydration could actually be the optimal amount for your performance. Despite being slightly dehydrated, the body is able to re-regulate itself so that it can continue running as it should.

The current advice is that you should drink when you feel thirsty during a workout. Although you are unlikely to completely maintain your perfect hydration level, it will be enough to keep you going until your exercise is over.

In fact, a study undertaken in 2010 showed that the faster runners did seem to be those that consumed less water while racing, but it concluded that it is important to continue to sip when required. It is considered to be healthy to feel a little dehydrated after a long exercise event and sports drinks are really only necessary for the most hardcore of athletes, since they are extremely high in sugar and can therefore be detrimental to overall health.

As with anything, balance is key. Get the balance right and you’ll do your best every single time.

"I have found myself using this bottle on a daily basis, taking it to work with me which is helping me to drink more."
View all stories

"I have been working on the frontline throughout the pandemic and this bottle has made sure I have looked after myself too!"
View all stories