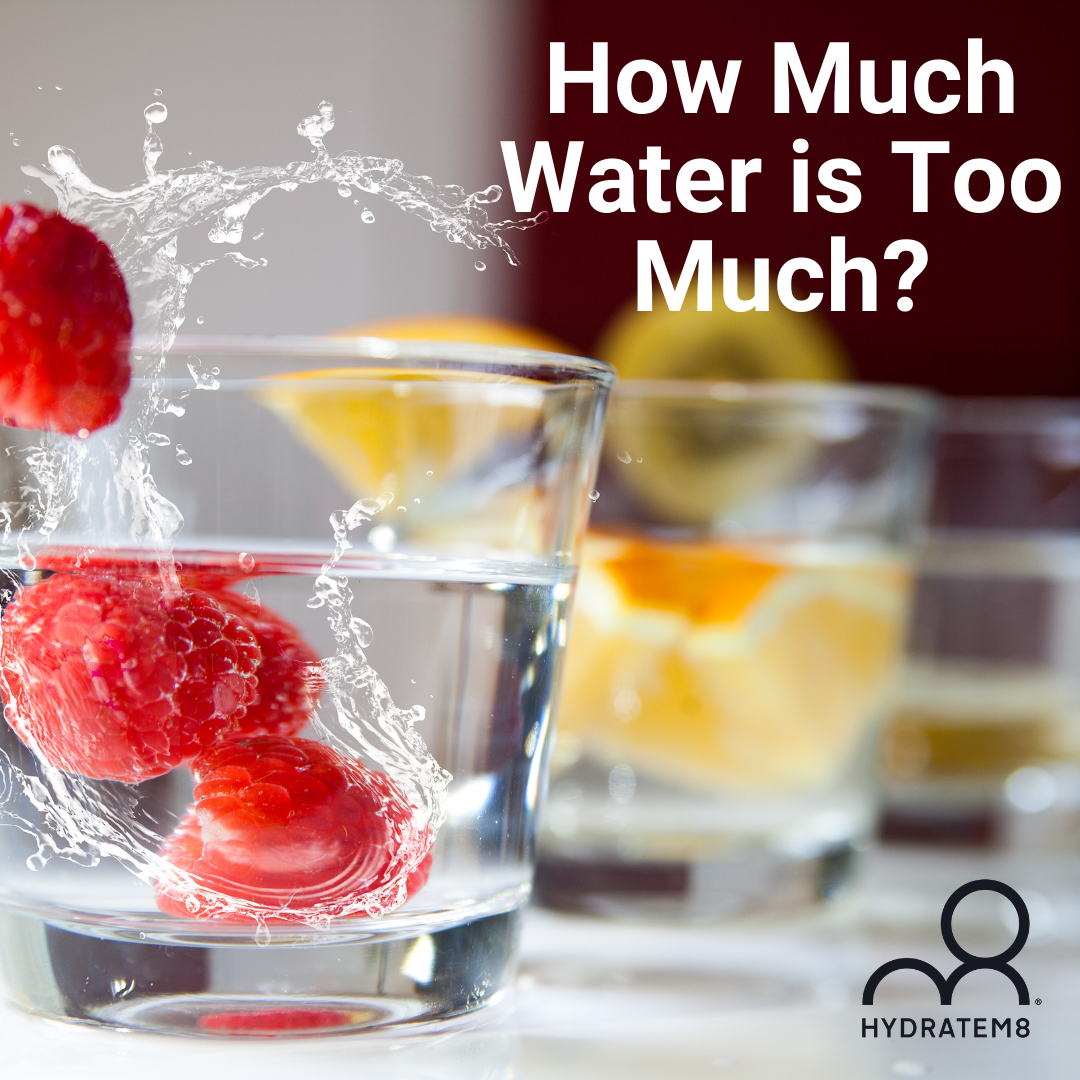 We all know that we should be drinking plenty of water to hydrate and energize our bodies, so that they can perform at their very best. Did you know, however, that you can get too much of a good thing, and that over-hydrating the body can be just as serious as under-hydrating it. So, how much water is too much?

What is Water Intoxication

Just like dehydration, water intoxication levels can be slightly different for everyone. It is very rare that you can become intoxicated by accident–usually the signs and symptoms occur in plenty of time for you to stop drinking. However, if you are a keen athlete and like to guzzle the h20 after a workout, you might want to keep an eye on how your body reacts. The syndrome of drinking too much water is also known as water poisoning and occurs when the cells of the body become flooded, disrupting the brain function. The cells swell, which can be devastating in the brain, and your blood-water levels dilute the sodium and other electrolytes so that fewer of them are able to get to the places in the body where they can be most useful. Signs to suggest that you may have had too much to drink include headaches, nausea and sickness, with symptoms intensifying to create drowsiness, cramps, high blood pressure, confusion, double vision and a shortness of breath. In the worst cases, water intoxication can lead to seizures, brain damage, comas, and, eventually, death.

How Much is too Much?

Water poisoning occurs when you drink more water than the body can eject via your urine. It is not just the amount that you drink that matters, but also the timespan in which you drink it. The more you spread your hydration out over the day, the better it is for your body, as it is able to distribute what it needs and the kidneys can get rid of the rest. However, if you drink a lot of water in a very short space of time, your body does not have the ability to detoxify quickly enough. According to scientific studies, the kidneys have the capacity to process up to 28 litres of water a day, but only a maximum of a litre every hour. Hyponatremia, or dangerously low sodium levels, can be caused by drinking around three to four litres in less than an hour, as you outpace the ability of the kidneys to release excess liquids. It is incredibly rare for a person to drink more than the body can handle, but it does happen. It is important to ensure you drink enough for your hydration needs, which is around three to four litres a day. If you are very active, drinking more than this amount is fine, but if you are an obsessive water drinker, be aware of the signs of water intoxication and give your body a chance to catch up before