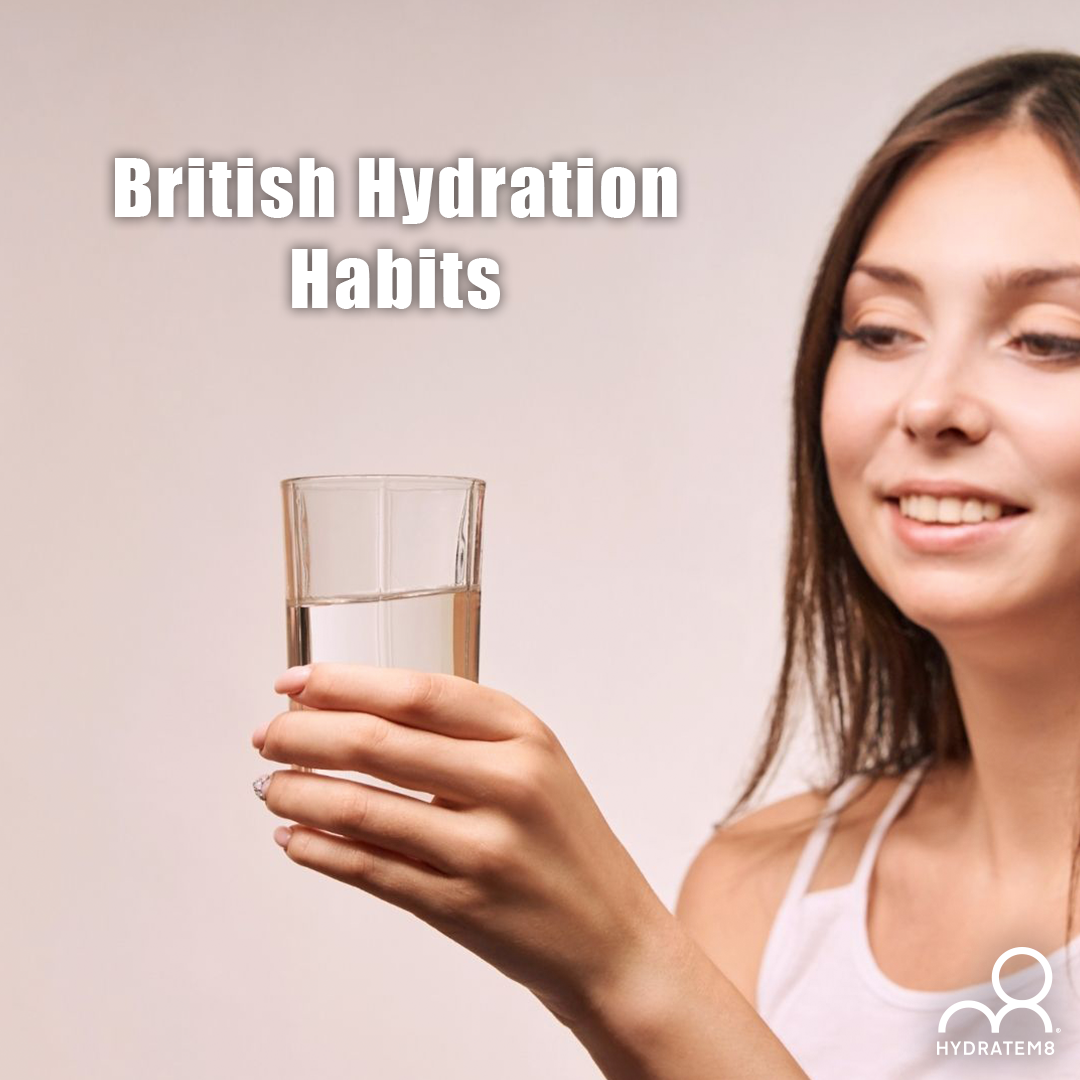 Despite the fact that most of us are aware of the issues of dehydration, it would seem that us Brits are not nearly as hydrated as well should be. In fact, a report by the Royal National Lifeboat Institution (RNLI) back in 2014 showed that a staggering 89% of us are not meeting our daily recommended water intake.

A whole 17% of participants surveyed admitted to regularly not drinking any water at all in a day, with only 2% gulping over ten cups a day. Only 8% of the nation was able to claim to drink the recommended count of eight to ten cups a day.

The problem of dehydration was worst down in London and the South East, with a mere 6% of people drinking enough to meet their requirements, while those over 55 years of age were the most stubborn when it came to topping up their fluids. People in the 25-34 age bracket were most likely to drink water over alternatives, with 18-24 years old coming close in second place. Does this show a shift in hydration consciousness in the younger generation?

Meanwhile, in a battle of the sexes, women are more likely to stay hydrated, with only 13% of females suggesting they drink no water at all, compared with 20% of men.

The Importance of Hydration

While attitudes may have changed slightly over the past few years, the need for hydration has remained as important as ever. Your lungs are made up of 83% water, for example, so when you start to dehydrate, your lungs have to work harder to get enough air around your body. Your kidneys are 79% water, which is why you may find they start to hurt if you have been drinking alcohol (a diuretic) or have had nothing to drink in a while. Your muscles are also made of 79% water, so if you want to keep them long, lean and powerful, sipping on some water is essential.

Hydration is important throughout the whole of the body, aiding in the transportation of blood around the body, keeping your skin clear and smooth and ensuring your brain is moist and in great working order. If you have a friend who does not drink enough water, make sure to nag them into better hydration practices. If you are that friend – drink more!

Set Yourself a Challenge

If you are one of those people who never touches water, now is the time to change. Challenge yourself to drink one glass of water every morning when you wake up – get it out of the way before you have time to talk yourself out of it.

Next week, up your intake to a glass of water when you wake up and then another before bed. They don’t have to be pint-sized glasses of water, just an average glass will do. Then keep upping it every week until you have hit your recommended daily amount. Men should aim for ten glasses a day, while women only need to reach eight glasses of water a day. Good luck!